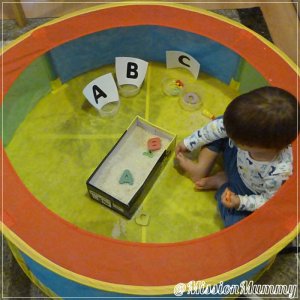 This week’s tot-school…
…we muddled through!

The great thing about tot-school is that disaster isn’t possible. Our key word the first time through the alphabet is exposure, exposure to new words, new concepts, new letters… not learning, not structure, and certainly not essential. Oh we had hopes for a lovely structured times this week, then God laughed. Amazingly we managed to do at least something each day, though by Friday it was at Adam’s request only. Some days tot-school was an afterthought and others it was thought through well in advance, and really that was totally ok with us.

I’d decided to start the week with the letter ‘D’ and choose the extra concept on Tuesday or Wednesday but that never happened so it’s just the letter this week. We are trying to be diverse rather than repetitive, when the activity is unfamiliar his inquisitive nature really kicks in. It led us to try a craft this week which was a roaring success and to move onto a different style of letter sheet too. Letter matching is still a big aim for us and the inevitable b and d confusion reigned so we tried to concentrate on the capital letter more this week.

Doing some structured activity daily is fun, it’s a focus to the hours spent trying to do something other than play with wooden trains and it’s good for Adam in terms of concentration and development. Adam’s vocabulary is exploding and I really think this is part of the reason why. His grasp of numbers appearing over the last few weeks is really impressive. Printing in colour has been a big yes and anything with lots of pieces is really attractive. Finding the right level between repetition and novelty is also important. Established activities are taken in quickly but hold less appeal. By starting with table-work we’ve built a foundation for instructed activities that he can spin into his creations, it’s fun to finally get onto crafts and I’m really glad we did it this way.

I don’t think I started with a plan beyond each day to do something. That said a rough plan is emerging with Monday being introduction to the letter, one day being more focused on a non-letter concept, another dominated by the paint dabbers and at least one paper free. I’m vaguely planning to run through the whole alphabet in order at least once before changing things.

Some things are clearly favourites but not what I expected. Many of the free activities emphasis pencil control and he’s just not interested, there is a lot about linking upper and lower case letters and directional work, that, while good, doesn’t suit the level he’s at. I started with the letter activities from 1+1+1=1 and letter packs from ‘This Reading Mama’. Both proved way to advanced for Adam so we only use a small selection. The ‘Back to School Preschool Centers’ from ‘In my world’ have been so successful I’ve bought the whole alphabet packet and I’m looking forward to using the bits we’ve not got to yet. This week I discovered Roaming Rosie which has some great ideas I’m hoping to add in next week. Beyond that it’s been mostly Pinterest finds. I have found myself often botching printouts like, phonics cards at 220% for puzzles, screen grabbed book pages, and putting craft templates through a graphics program to add colour. 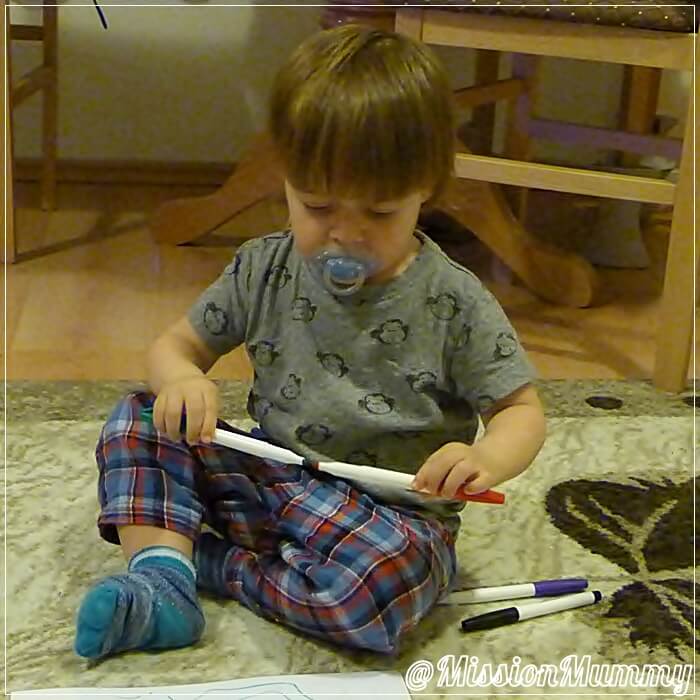 Monday
We did the standard letter plus image pages with the whiteboard pen plus the new capital letter tracing mat which we enjoyed because we could both colour inside the letter and identify the images at the base of the page. Lastly we tried out a to d of the the letterland actions book which Adam instantly adored. I got the kindle preview for the book and screen-grabbed the pages to print.
1) Letter pages plus image in upper and lower case
2) Capital Letter tracing mat
3) Letterland actions book

Tuesday
Tuesday wasn’t so successful. I’d just finished backing the 2 piece puzzles onto card and so decided to cut them at an angle, while he did quite well with them not being cut vertically I think horizontal would have been better than slanted. We also used the threading card with much encouragement but quite proficiently then we requested the Letterland ‘book’ before firmly quitting.
1) 2 piece puzzles
2) Threading card
3) Letterland actions book 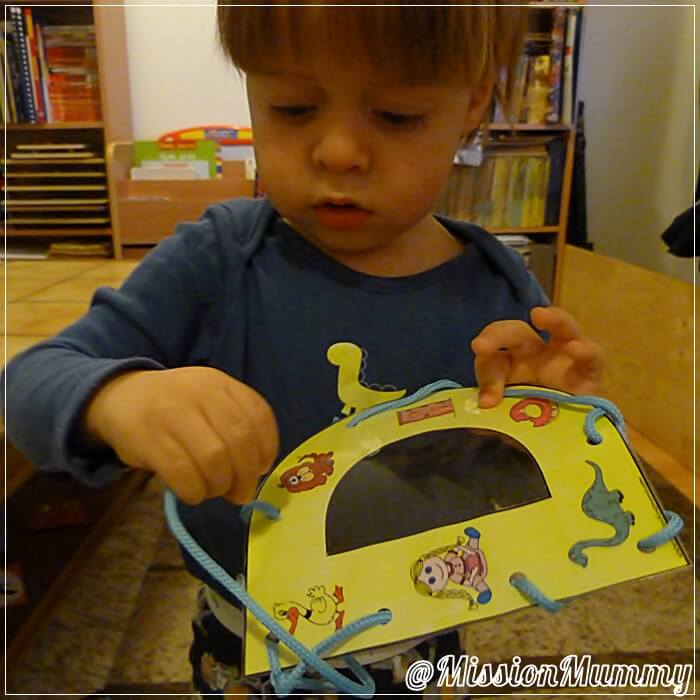 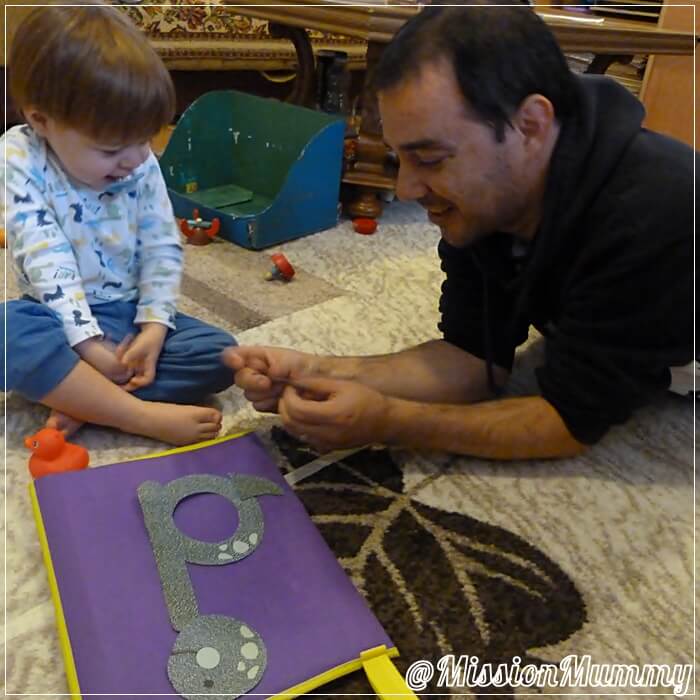 Wednesday
We touched on the tapped upper and lower case D on the floor before make a lowercase d into a dinosaur… Adam loved this – he even dragged daddy in. Then came the rice : 2kg in a shoe box with magnetic and foam letters ‘A’ through to ‘D’ for Adam to fish out with a mini plastic trowel and fork. While the sorting letters element wore off quickly he played with that box of rice for well over an hour – the ball pit only sort of contained it!
1) Taped letters
2) ‘d’ dinosaur craft
3) Rice hunt box

Thursday
Back at the table to re-conquer paperwork. There was one easy way to do this and it was with paint dabbers. We used the D for dog pages in both upper and lower case, as well as the uppercase ‘D’ and dinosaur picture then we found all the ‘d’s in the circles that covered the dog. When we’d had enough of the paint the Letterland ‘book’ was requested again and we reminded ourselves of the actions for the first 4 letters.
1) Do a dot D (+d) is for dog.
2) Do a dot D is for dinosaur
3) Find the letter do a dot page – dog
4) Letterland actions book 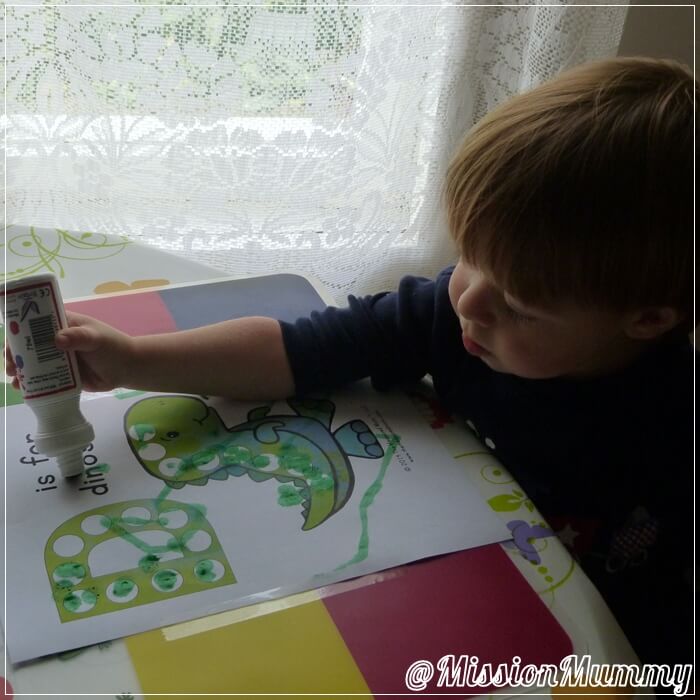 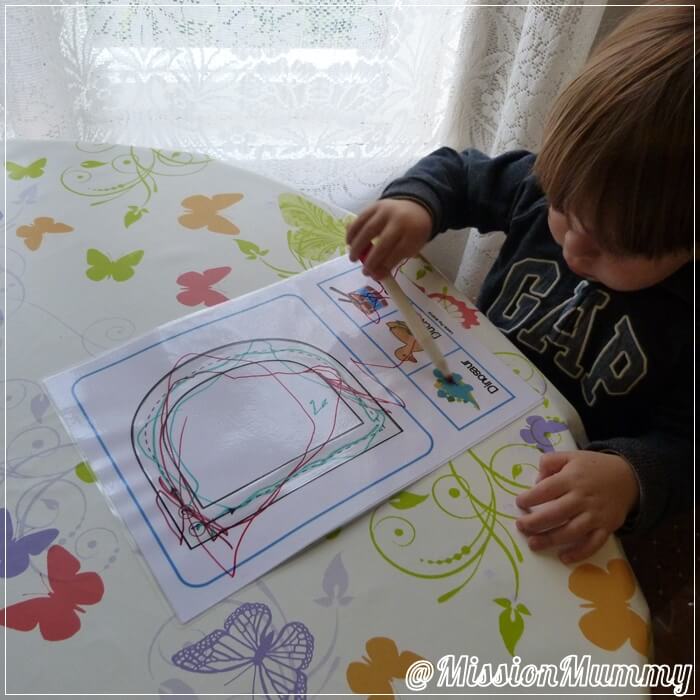 Friday
Friday was a disaster day in this house. Adam refused to nap, I felt terrible and everyone was tired and irritable. At one point Adam wanted to sit at the table so I gave him some of the activities to repeat. He happily remade a ‘d’ dinosaur and played with his whiteboard markers on the letter plus image pages and capital letter tracing mat.
1) ‘d’ dinosaur craft
2) Capital Letter tracing mat
1) Letter pages plus image in upper and lower case