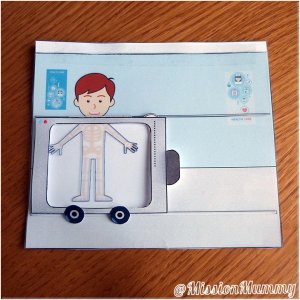 This past week’s tot-school…
…was deliberately sparse

The sun has arrived and we are taking full advantage. Every morning we go out either for a walk or just to play in the backyard space. The afternoons have been often outside too and all that wonderful fresh air and vitamin D means that tot-school was pushed to the edges. We started tot-school in September when the heat was still with us and before the cold of Autumn descended, it’s taken us though the cold and miserable months well but I’m well aware it’s success has correlated with a lack of time outdoors. Now as we near the end of the alphabet I’m deliberately easing up on the table time activities in favour of exploring dandelions and blossom, the way a torch hits a dark pavement, the swift shadows of birds overhead, and all the everyday worldly wonders.

The letter X was the perfect week for this. While Adam knew what a Xylophone was it doesn’t actually use the phonetic sound which didn’t really help. An X-ray was a foreign concept so I made a special x-ray craft slider for us to explore. Rather than choose non objects we stuck with just the four words, using fox and box for the phonetic sound.

I loved taking a leisurely view, X isn’t a very common letter and so I felt no guilt in doing the bare bones, if you’ll forgive the pun!

The fox craft was printed but when I looked at it I realised it really was going to be far too tough, I think that one will have a remake for our next round through the alphabet.

I’m not sure what the weeks will bring but after Z, in a couple of weeks, we’ll probably change how and possibly when we do tot-school.

Monday
We didn’t kick off the week with totschool this time.

Tuesday
Wanting to introduce the concept of x-rays to Adam I made this little slider craft from card and acetate, the printouts are at the end of the PDF if you want them. In order to let the illusion work the bones needed to be skin colour and I decided to leave the X-ray background white though if i were making it again I think I’d back on a piece of black paper to make it more bold. The X-ray machine, with added wheels and ‘grab tab’ wraps round the acetate through the 2 slits.
1) Exploring an X-ray * 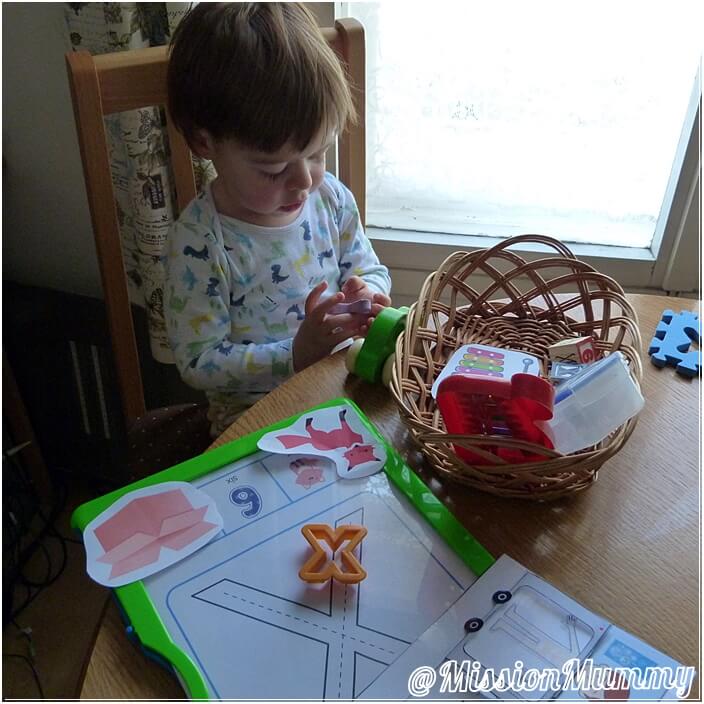 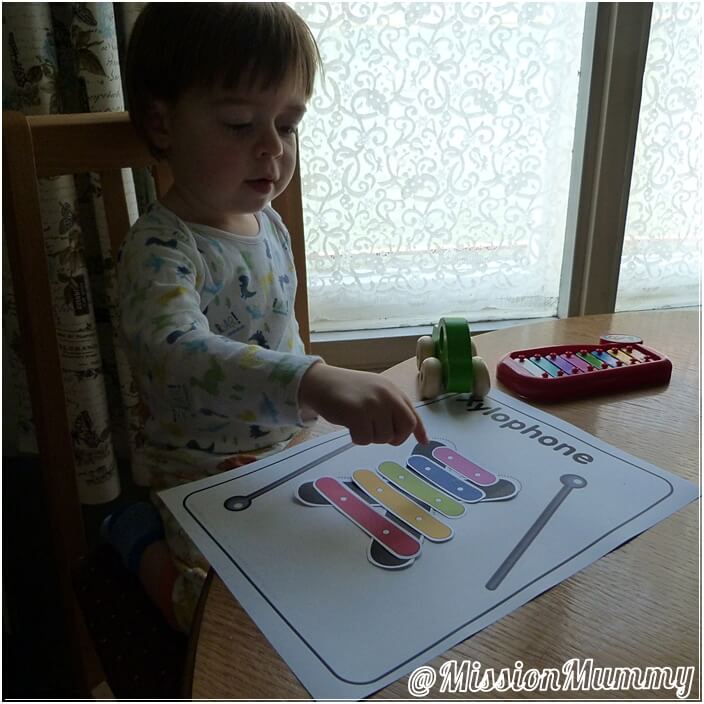 Thursday
Thursday we skipped our tot-school time in favour of a long walk into the city. 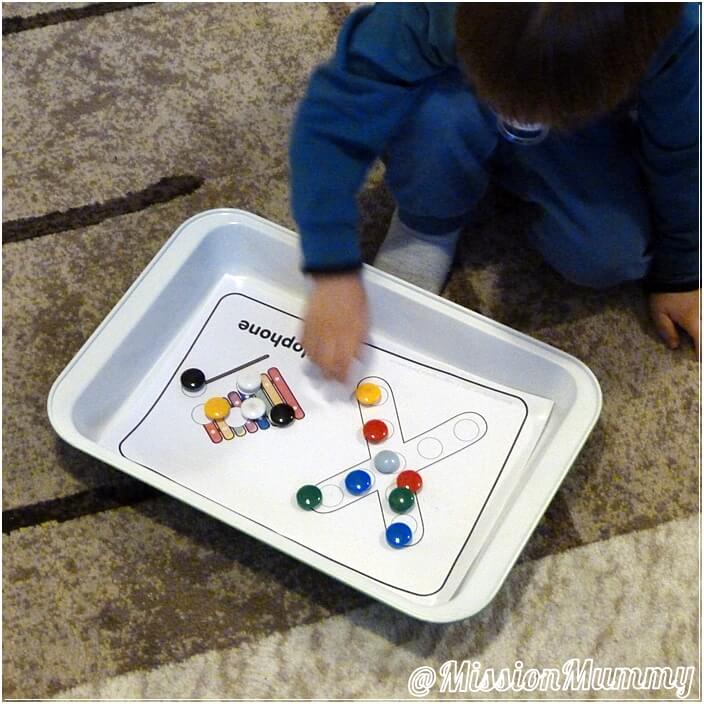 Friday
Friday arrived and with it came a new baking tray for magnet play, Adam quickly rushed in to see the new magnets and work on his do a dot xylophone sheet that had been bouncing around from table to table all week.
1) Do a dot Xylophone and letter * 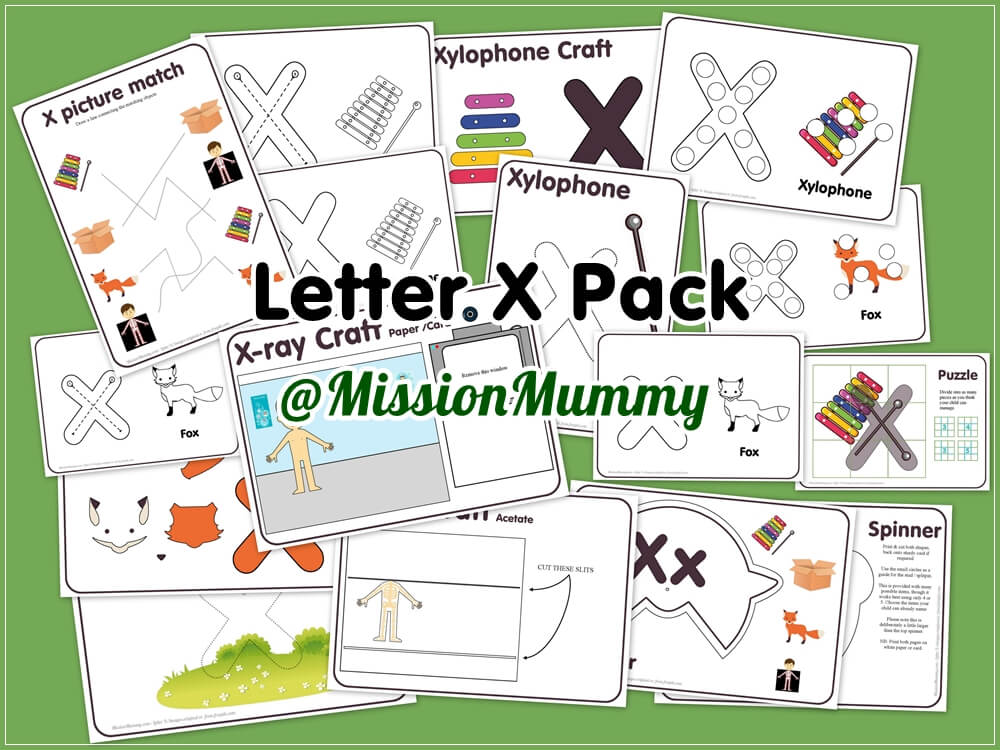