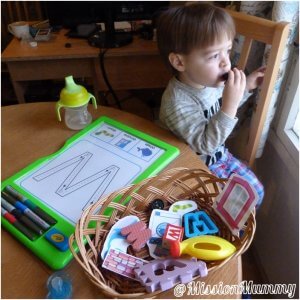 This past week’s tot-school…
…swam with whales

Once again our week was sparse but it included some beautiful elements and we have some rather delightful crafts to show for our time. I’m equally aware as we dredge the end of the alphabet that W is probably the last week where sourcing items won’t be a struggle but that there is also less than a month to go before our first journey is complete. I have no regrets skipping the letter Q, even if it is the only letter he now has hesitation identifying. All the other letters are now familiar to his eyes and he identifies them with a mixture of names and/or phonics.

The letter W itself was quite delightful as we travelled with whales and pretended to pour from our watering can. For the first time in an age we didn’t complete the letter spinner,and we replaced our usual tot-school time on one day with a trip through the blue ‘teach my toddler’ box that hasn’t been out much of late. It was nice to have this week holding a bit more focus to the wider alphabet rather than so narrowed in on one letter.

I loved the whale paper craft from ‘doodles and jots’ which was a mini invitation to play Adam readily took up more than once.

Pen work was pretty much missed this week with Adam showing little to no interest, he does however love his wipe clean books that hold the alphabet so I suppose i just need to diversify the drawing experience.

X is a letter i don’t want to skip but equally there is a real dearth of words suitable for use. Adam has a couple of Xylophones and i’ve some X-ray craft ideas lined up but I’m going to use words containing an x for the letter spinner 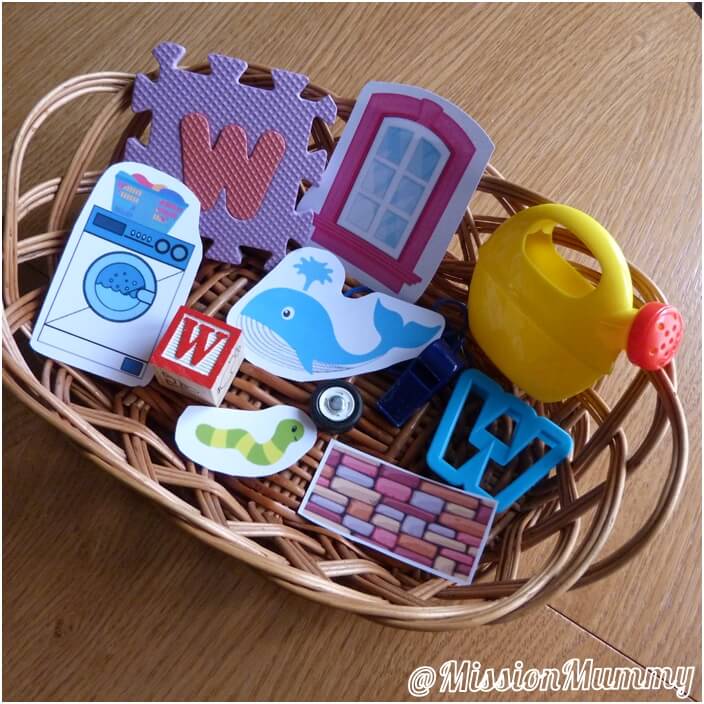 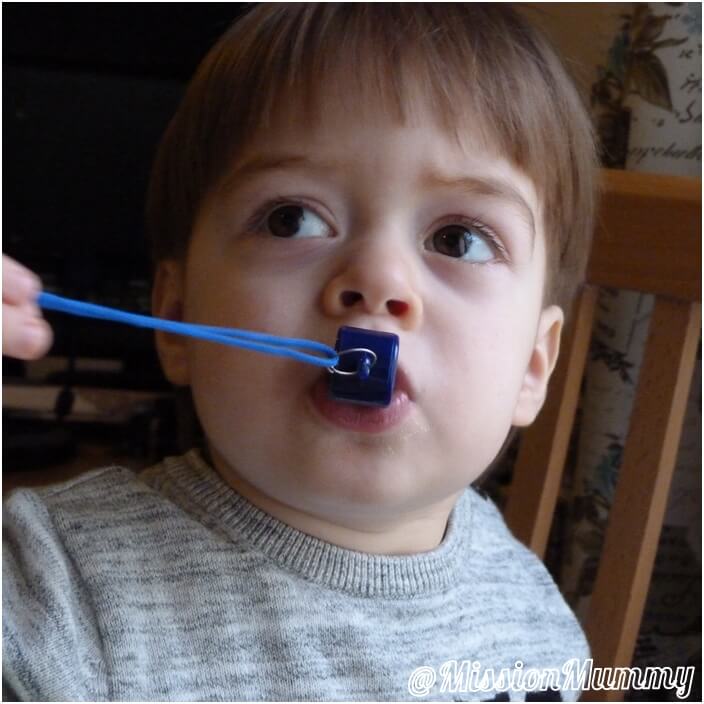 Monday
We kicked off with the invitation of a new letter basket and Capital letter tracing mat. The worm really confused Adam and he repeatedly called it a snake. The whistle however was a huge hit and we spent some time trying it out. From there we moved onto a do a dot sheet where I’d hole punched some pictures of a watering can – Adam enjoyed playing with these but wasn’t so interested in actually placing them on the sheet!
1) Letter basket
2) Capital letter tracing mat
3) Do-a-dot page *

Tuesday
No Totschool for us today. Monday evening we went to the local soft play place and came back rather bruised. By Tuesday morning a black eye had emerged and Adam was clearly not his usual bouncy self.

Wednesday
Wednesday we used the teach my toddler box to pull out the alphabet puzzle, we named the letters together and placed them back in their allotted slots but didn’t do any specific table time tot-school.

Thursday
Thursday we finally got back on track with the beautiful invitation to play from ‘Doodles and Jots’ whale printable model, Adam loved these even if they did end up rather bashed and crumpled by the end. I’d also laid out the foam letter tiles for him and he managed to name the last letters of the alphabet and place them independently. Finally we did a more interactive whale craft – I’d cut a whale stencil from heavy card and covered one side with sticky plastic – he filled the space with tissue paper.
1) Whale printable model
2) Foam letter times
3) whale stencil craft 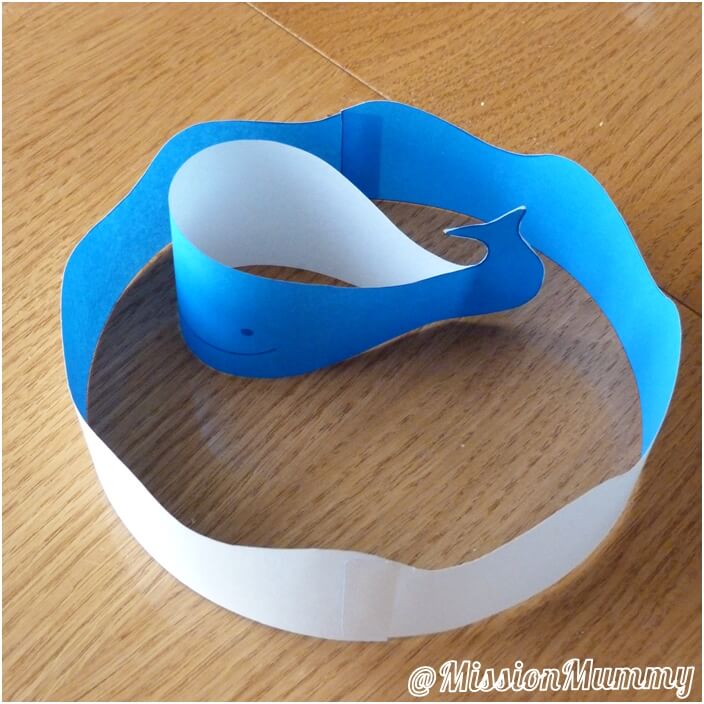 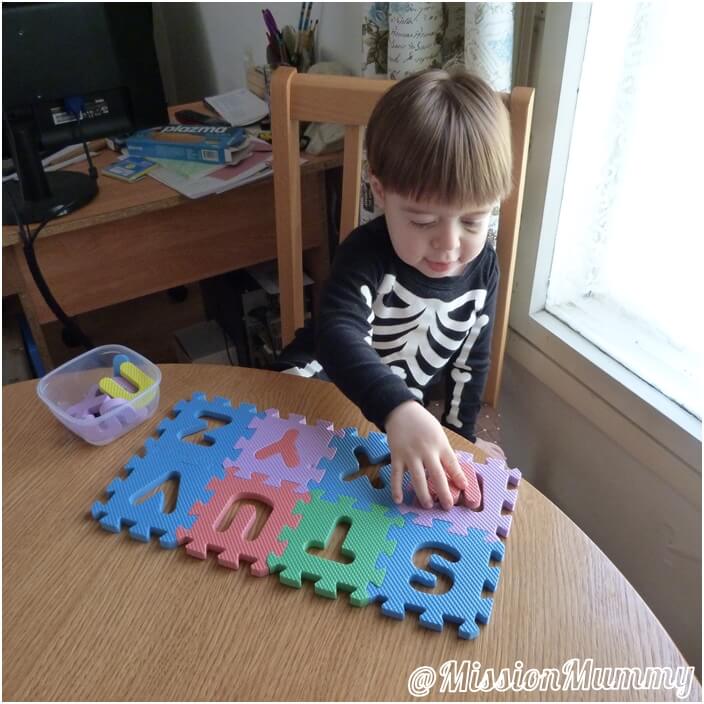 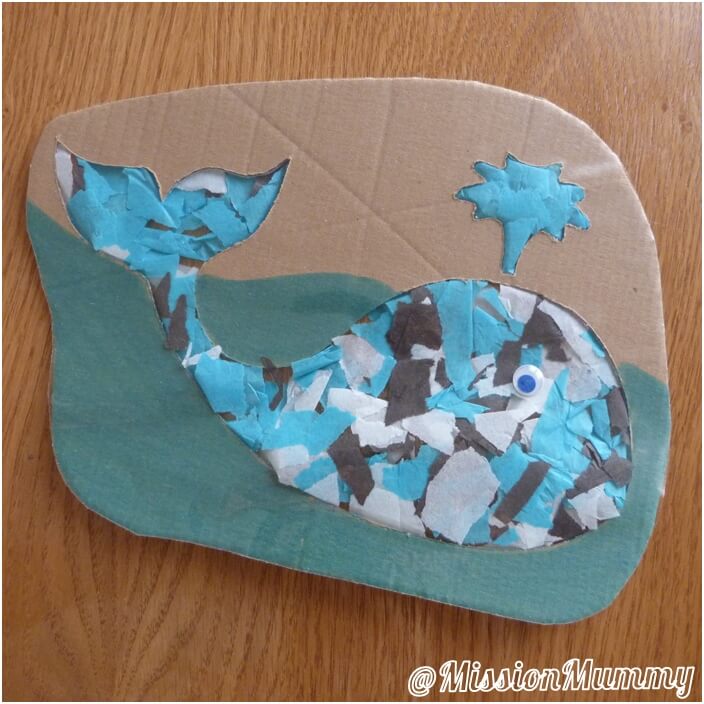 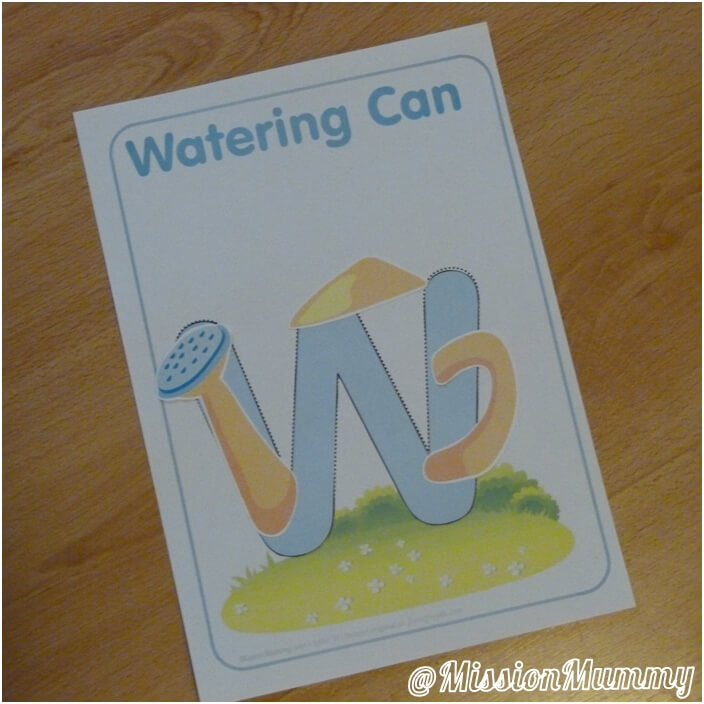 Friday
I’d laid out the buttons and do a dot sheets on Friday but Adam repeatedly took the buttons to slot into his play box. He looked at the letter basket for all of 10 seconds and that sort of sums up all my attempts to interest him in tot-school. Hence we finished our week on Saturday and not Friday again, polishing off the last watering can craft as mummy cleared all his Letter W tot-school bits away. I wasn’t really happy how it turned out but he identified it immediately so i suppose it worked in the end.
1) Do a dot sheets (whale + Watering can) *
2) letter basket
3) Watering can letter craft * 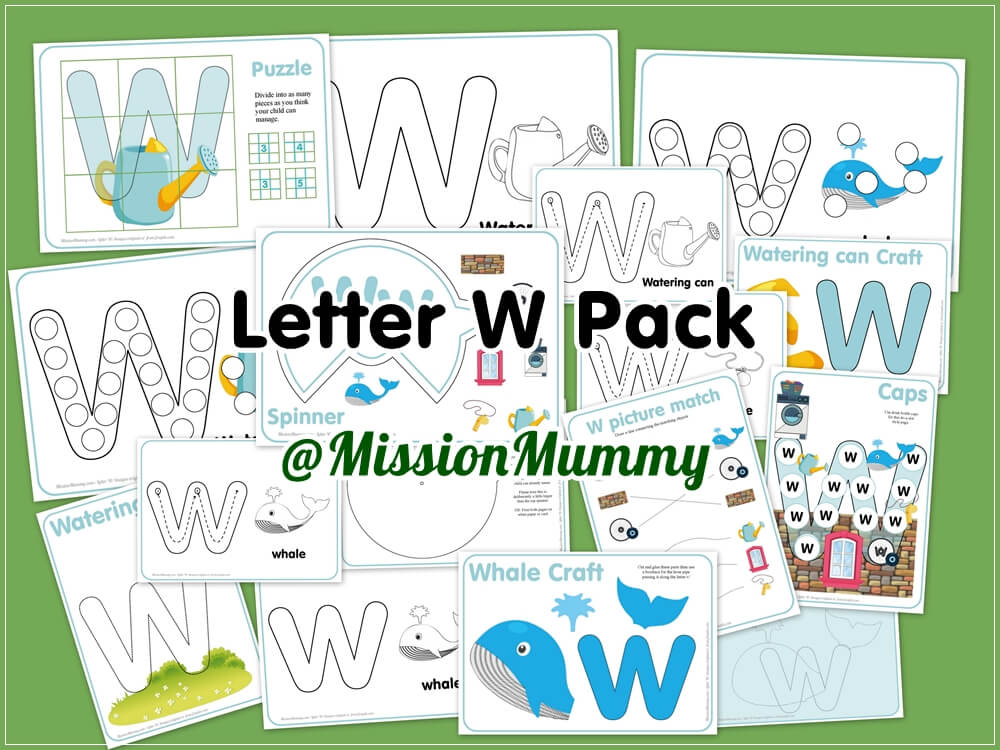