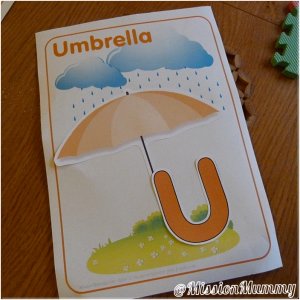 This past week’s tot-school…
…was a damp squib

After the last few weeks of R, S, & T the letter U came as a bit of a shock to the system. While the trusty umbrella dominated we attempted to add in the unicycle and ukulele but in all honestly mostly failed. We ended up with a very weak show for tot-school and while there are crafts left to be completed I’ll probably leave them for the next trip through the alphabet.

After 20 weeks the idea of a shape representing a number or letter is firmly implanted and Adam knows most of them. He’ll correctly identify all numbers and most letters, even ones we’ve not yet covered. He also recognises the idea that names/words start with a letter. He happily points out letters in words though he shows no signs of accepting decoding let alone doing so, he was quite adamant that the car wash sign said ‘C’,’A’,’R’ and not ‘car’ – in my opinion he’s far too young for decoding and I’m not going to push it on him early.

The foam letter tiles were a beautiful and quick activity that really caught Adam’s interest and showed us how well he could remember the letters we’ve covered over the past weeks – this is a review tool we need to use more often.

Everything but umbrellas. While Adam identified well with the idea of the other items beginning with a U he just didn’t identify with those things.

I’m still debating this one though I’m aware it’s now on the horizon. I’d thought of doing colours or numbers but really he’s got those sorted by himself, I may do a focus on sorting or sequencing but I’ll probably head on back to ‘letter A’ quite quickly. 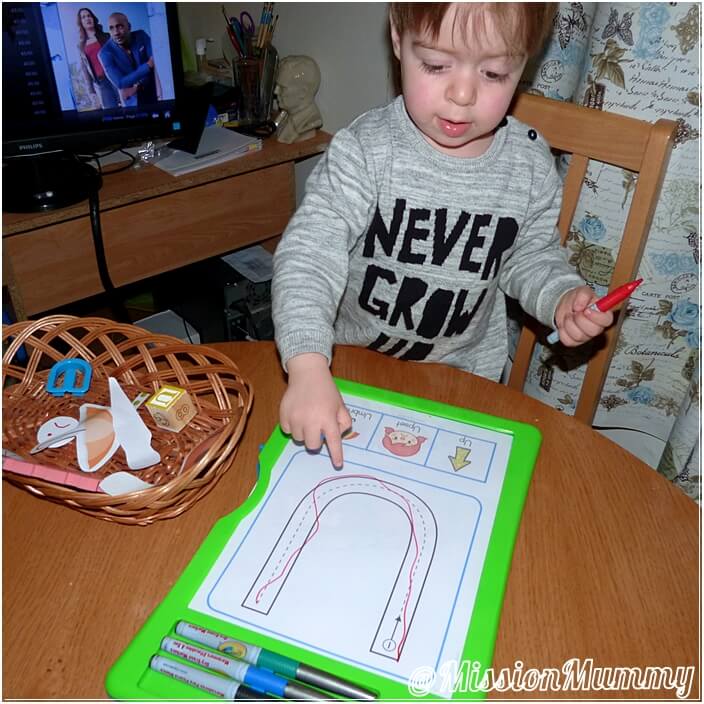 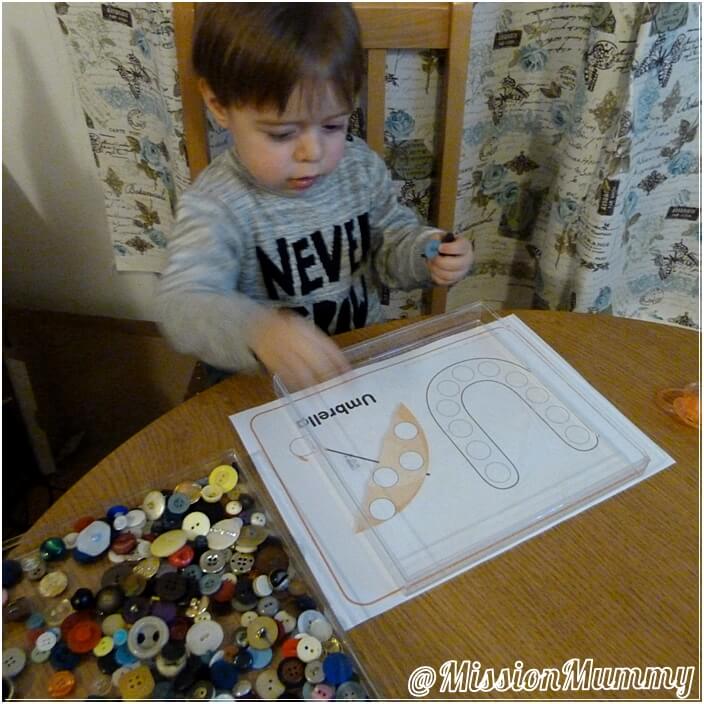 Monday
The letter basket and letter centre didn’t really line up so well this week. Adam loved the letters and the pictures of umbrellas, holding them high above his head, but there wasn’t the matching of previous weeks. We did however manage to do some pen work. The umbrellas do-a-dot page was thankfully printed as Adam quickly requested the buttons and insisted on placing the lid over the sheet before any placement could begin!
1) Letter basket
2) Capital letter tracing mat
3) buttons and Umbrella do-a-dot page *

Tuesday
Tot-school just didn’t get off the ground today for no particular reason. 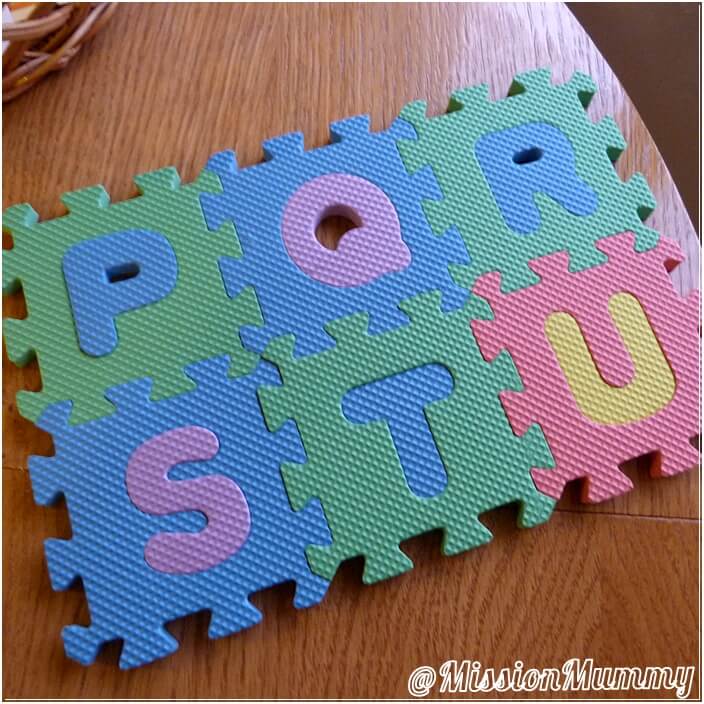 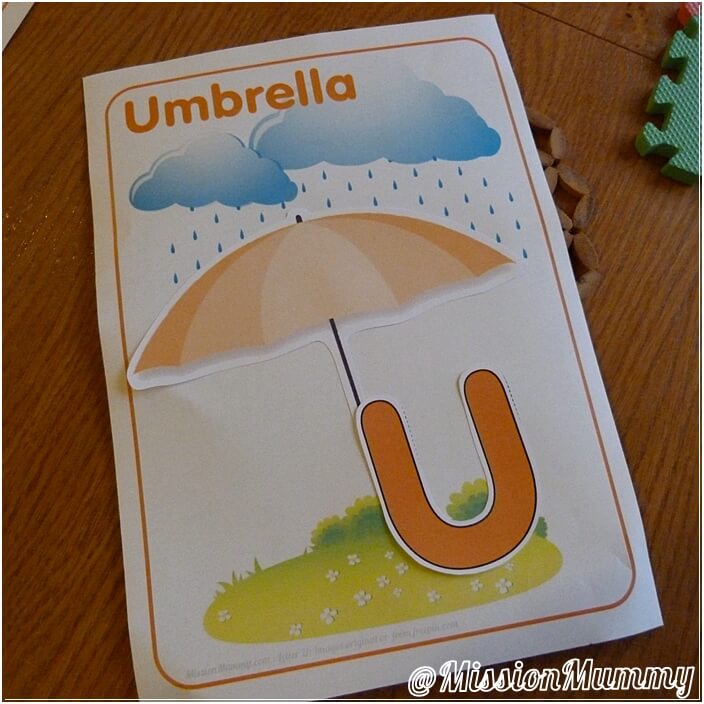 Wednesday
With the week already feeling out of sync I laid the table with 3 activities ready for our tot-school time and thankfully we managed to do all three as well as pulling out the letter basket at the end. Initially I thought Adam would go for the craft but seeing the foam letter tiles he wanted to complete the puzzle first. I had set out the previous six letters including the skipped letter Q. I identified Q for him and then left him to identify and place the rest which he did superbly. We then did the first umbrella craft and the 3 piece puzzle
1) Foam letter placement
2) Umbrella craft 1 *
3) 9 piece puzzle (split into 3)*
4) letter basket

Thursday
We did the guided letter page which was a bit of a scribble fest but still gave us a chance to talk about colours. After that we made the bigger umbrella craft – this was originally made for the Jesus-without-language site I run and it was lovely to use one of those crafts for Adam’s tot-school. Adam happily decorated the umbrella hood with dot markers then mummy constructed it.
1) Guided letter page *
2) Umbrella craft 2 * 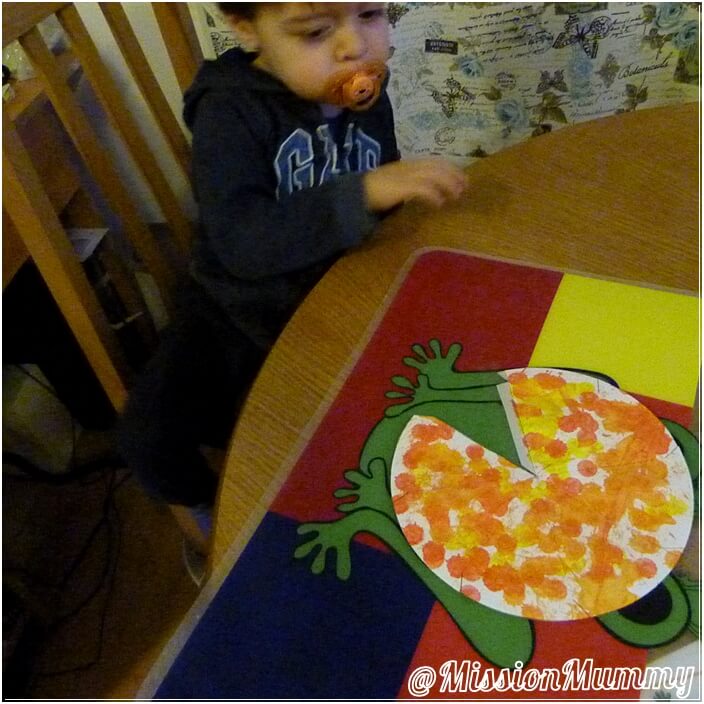 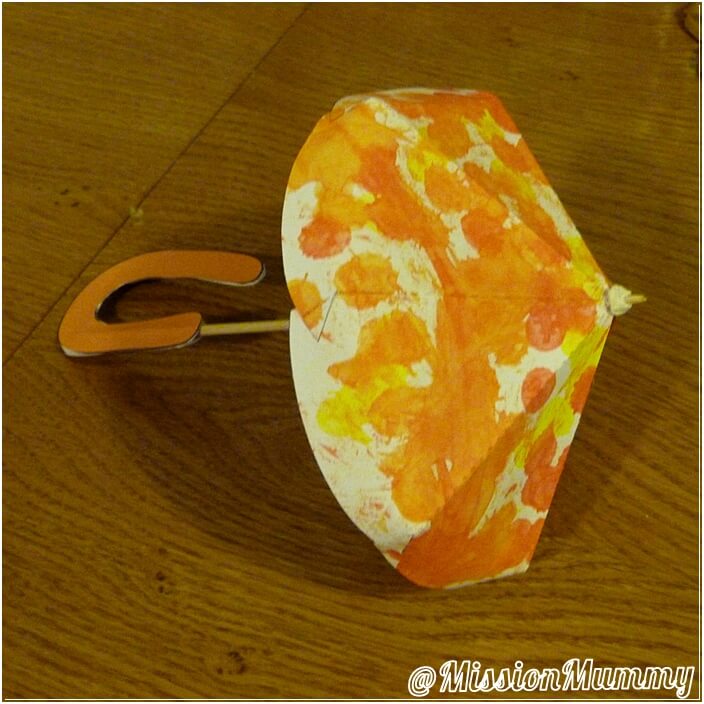 Friday
Friday was supposed to be the day we played with the ukulele and the unicycle but neither found their way into Adam’s hands, instead tot-school was abandoned for the week. After finding the week a struggle at least these crafts are ready for next time! 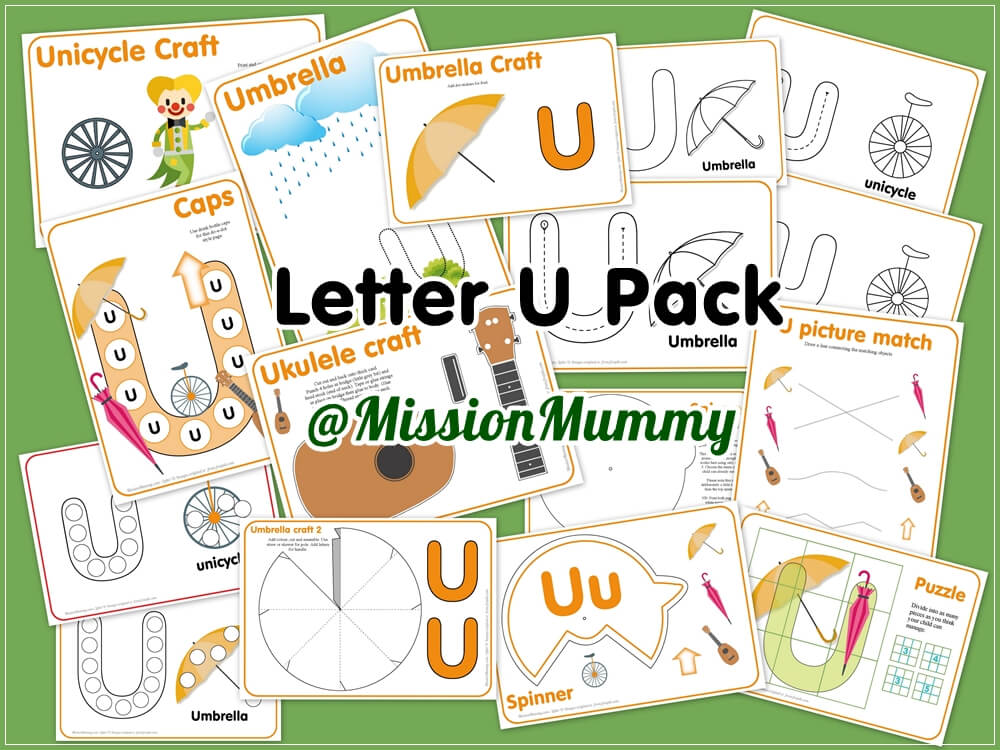