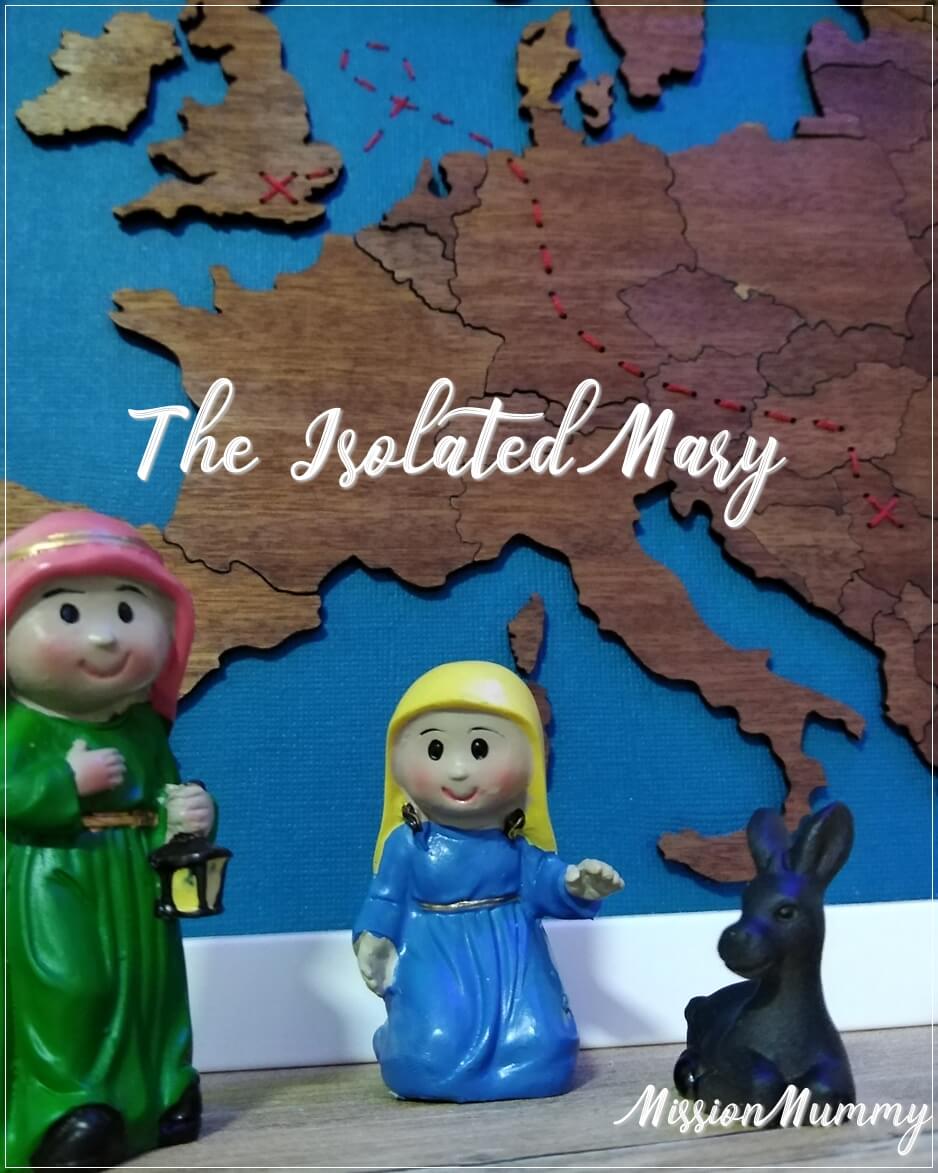 These little figures of Mary and Joseph have been travelling around our house for a few days as they make their way to Bethlehem. As I placed their forms before a map and was hit afresh how isolated Mary became.

I’ve never really identified well with Mary. A slightly condescending lecturer once told me that I’d really connect to her once I’d experienced motherhood, a strange claim from a man and one that did not bear the predicted fruit. But here, in these twee little figures and their glazed smiles I met Mary.

As her journey framed my own I felt the deep tug of being displaced – a feeling I’m struggling with as I embark on my first Christmas without my parents.

“I am the Lord’s servant” Mary answered.

Her words to the angel had almost cost her life, her marriage, and soon her country. Mary is a picture of mission at its most heartbreaking moment, the moment when communities absence is most felt.

This girl whose life must have felt so secure previously. Her place in the family home and community, the joy of a wedding to a respected tradesman on the horizon, even her barren cousin was finally swelling with a long awaited child. Less than a year later and she is panting on the communal floor of a stranger’s house where animals sheltered.

Having been at Elizabeth’s birth she would have seen the community rally round her. The bible tells us how the community delighted in the birth. Here the contrast is stark. Mary’s female attendees wouldn’t include her own mother, sisters or even friends. She was totally devoid of loved ones at this time, not even valued enough to be given the guest room in her hour of need. This year had held not a dream wedding but a rushed affair full of whispers and sideways glances of disappointment from the priests. Soon rough men smelly from long hours in the fields would be the community who welcomed her child. After them strangers who spoke with foreign tongues and brought gifts so lavish she barely dared touch them. Then no return to her mothers embrace but upon fear of death they flee to yet more strangers and strangeness.

But all those whispers and stories, the cry of Anna and Simeon in the temple, the faltering attempts by the shepherds to recreate the angelic melody, the awe in the eyes of the foreigner. All those whispers and stories would lead her onward, on to raise a Christ child, on to watch his time come and his ministry begin, on to his ultimate death and resurrection, on to the Kingdom that the Angel had also told her of…

He will be great and will be called the Son of the Most High. The Lord God will give him the throne of his father David, and he will reign over Jacob’s descendants forever; his kingdom will never end.”