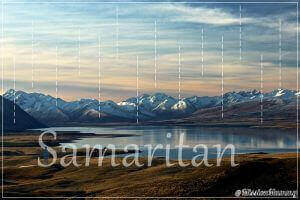 The rain arrived in a flurry, huge heavy drops that hid the impending thunder and lightening. We were at Baba’s, within spitting distance of the city but with a 5 minute walk to the bus stop along a footpath-less main road. Swiftly we bundled our belongings and dashed along the track to the road. Umbrellas were more danger than help. Hurrying along, bags knocking, my raindrop smeared glasses showed the already soaked hair of my son as his father carried him a few meters ahead.

We dashed as fast as we were able until a car stopped on the other side of the road and beckoned us come. Puzzled we tried to explain we were walking back to the bus stop, we wanted to go the other way into the city. What we did not realise is that the car had already passed us, turned to collect us, and was now going our way. We knew nothing of the man behind the wheel, he knew nothing more than what he saw, a couple with a young child. I wondered if our damp bodies would mark his clean seats, but the course had been committed to. Not only did he take us the journey, but further, as far as the end of our road, half a minute from our door. It wasn’t until later the significance of this stranger hit me.

When I look back over my twenties I see years of drama, but when I look over my thirties there is a much more mundane air. It’s not that drama doesn’t arrive, only the other weekend we had a misunderstanding that resulted in someone threatening to burn our house to the ground – but that drama is not nurtured, dissected and pondered, it’s come and gone and life returns to it’s usual heartbeat. Our life is not storms and tempest, but swells and squall. Our needs and shortfalls have not been quenched, but out faith in the future’s provision has been solidified. This road less rocky is only found after going over the crags, it’s born of moments of helplessness when divine arms have carried so firmly, it breaths the reassurance of grace abundant and second chances unending.

As a new missionary Samaritan moments are common, we flail and fumble our way through a culture, needing God to provide crutches along the way. We risk doing something dangerously dumb (getting into a strangers car – with a baby + no car seat) because we trust that this ‘seat of our pants’ plan is the way into something more stable. And when we get to something more stable we cut out our risks. We gain our independence, we ponder less and lean into our routines. The Samaritans don’t disappear though, the crutches stand unused, the opportunities to experience grace are wandered past as we look the other way. At worst we can become the Levite, so busy helping God’s people with their work we no longer see the immediate prompting of grace to give as our issues to own.

As another week of routine starts I pray that I’ll be able to see the Samaritans and rise when the title is mine to take. For Jesus said, “Go and do the same.”
(Luke 10:25-37)