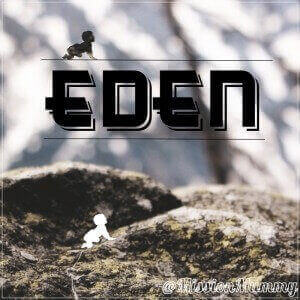 Over the last year I’ve become a fan of Velvet Ashes, It’s a site, a community, for women scattered across the globe, people who have called themselves missionaries, who still call themselves by that name, those about to dive into the water and those long dry from the swim. Velvet ashes has a weekly theme, and this week it’s Eden.

Eden is a beautiful but painful parable. A story of divine perfection and absolute communion that was ultimately wrecked irrevocably. It’s a story of innocence, the baby steps of the bible. It’s a souls longing to return to the time of simplicity, a time when we could wander alongside our maker, skimming stones and marvelling at flowers, where our creativity could bloom as we name the creatures and explore our new world. But Eden’s perfection is so limiting in my eyes. Eden was before the heavenly choirs of Christmas, before Easter darkness and blinding light, before our beautiful, complex and awe inspiring relationship with our maker expanded and grew. It’s naivety was easily tricked, it’s knowledge limited and community tiny and hence fragile. Eden is a story of both wonder and woe. We could never return to Eden without forgoing the story thus far.

As a new year dawns we once again come to it’s Eden, it’s beginning, it’s shiny new blank diary pages and well intentioned resolutions. Beginnings for us mean flights. We landed last night shortly after the snow started, passing gritting lorries along dark roads where heightened headlights reflected snow flurries blinding our way. Outside the crisp whiteness deepened during the day, leaving a blank slate of possibilities and restrictions. Inside we turned up the gas and unpacked into our little Eden, guarded not by cherubim but solid walls.

But our Eden is not our weakness, for our Eden was opened up, opened by a neighbours unbidden kindness to clear our pathways, open by the technology that links our world to others. Our years start is not riddled with first discovery but with knowledge we can build upon, the innocence we retain is more precious for we know how easily it is lost, how protected it must be. We may have wiped the slate clean, reset the books, written our goals up high on the wall, but we do so in community with man and God, aware of the blessings we have been given and the responsibility they carry. Our hearts will always long for something of that lost Eden, but by man’s adventures beyond, by his stumbling we have discovered so much. Perhaps that’s why Eden is a limiting a story to me, for the adventure only really begins when God asks man to ‘go’.