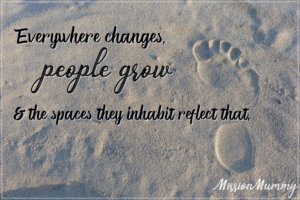 When I first came to Serbia foreigners were a boast – I was asked to simply turn up at times so they could show that a British girl had come to them. There were other foreigners in the city, NGO volunteers, exchange students, and travelling ministers, mostly short-term-ers. Periodically, I’d bump into a festival lover who was hoping that one long weekend in July was indicative of the city year round. Long term settlers weren’t exactly round every corner. I got used to the open stares.

But that world doesn’t exist now, any more than the world I left in the UK almost a decade ago. Everywhere changes, people grow and the spaces they inhabit reflect that.

It’s easy to feel secure in those experiences, expect them to be repeated, to cast a place in the light that once shone on it. My early memories of sharing beds in holiday huts and accommodation without a flush toilet feel further flung each year. I know now to expect the culture shock to reverberate as my feet hit British soil too.

This week highlights that clearly, gone are days I could name all the foreign shops in the center, now the largest shopping center in southern Europe opens it’s doors for the first time, here. Last month Serbia opened a slew of Lidl’s and Ikea came last year. Unemployment across the country has almost halved, online opportunities have exploded and thanks to Danube river cruises docking here even foreign conversations no longer elicit stares.

Not everything is getting better. Income hasn’t improved as much as access to it has expanded. As the affluence of the city expands tweenage Roma boys still dig through our wheelie bin for plastic bottles – poverty is always less than a scratch away. Deep problems are less visible than before but yet persist.

Recently I decided it was time to dip my toes into the growing international scene. Settling here is attractive, especially if you can keep the international pay scales and work remotely. Housing, utilities and food are cheap. Many come simply for love, be that a partner or heritage, both with cultural norms strangely ill fitting. These international people come with different expectations. Their income unwittingly separates them from those who turn up at 5am with market bags and shields their understanding from those begging bus drivers for a ride. They instead taste the joys of the full social calendar, the events born of appeasing the people with parties when they didn’t have bread.

No longer are foreigners as needed to be the outside perspective, a real face and stories that are not media spun. instead they join the ‘haves’ of society. Some remain perpetual tourists, others, through time, understand and sympathize with the various pulls of foreign powers. This group put faces to the poverty and affluence, hear the grumbles and the strains, those who still wish to leave and those who hold the spirit to tame the country who birthed them.

As I meet new people seeking common connection, those with Serbia deeply ingrained and those who still marvel at the surface, I see glimpses of how all those waves of culture shock have served me. So I paddle with trepidation in the foreigner pool, feeling oddly more at home with those who have always called this place home. My feet are wet but I’m not ready to dive yet.