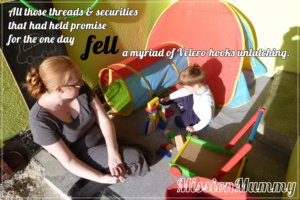 ‘Go’ said God, or did I just imagine it, did all the coincidences and happen-chances not add up to a shout. And so I went, with a little trepidation, with a spirit and determination to meet adventure. ‘Go’ I’d whisper as troubles rose, ‘go until…’

‘Stay’ said God, or did I imagine it, stay in this land that looks so different and yet familiar, stay with these limitations that your birthplace inadvertently bestowed. Stay where you will not find belonging in such a simple form. See I’ve made a path, a path that leads here, to this land, this city, this is where you shall dwell. ‘Stay’ I’d whisper as troubles rose, ‘stay until…’

‘Grow’ said God, or did my heart just do it without bidding. Grow friendships and conversations, smiles and tears, hardships and blessings. Grow a family, a community, a way of being who you are in this land, this town, this little patch of God’s earth. ‘Grow’ I’d whisper as troubles rose, ‘grow until…’

Then last year a new message came unbidden. A new message that did not whisper and build to a crescendo, but crashed suddenly, a cymbal in the still air. That message was ‘release’. ‘No’ I replied. but it was out of my hands, the rope had been broken, the fire started, the roots separated, the foundations rocked. All those threads and securities that had held promise for the one day fell, a myriad of Velcro hooks unlatching. My foundations wobbled so violently I drifted aimlessly.

Release is not a stage you expect to go through, it comes when you’ve sailed the seas of culture shock many times, when you’ve stopped referring to only one particular country as your place of origin, when you realise that it’s more than a just a few major events the ocean has separated you from. Release comes as the roots that once drew water from afar dry and crack and you mourn them each passing. Release is freeing as it’s painful, it stops the clock and puts it away in the cupboard.

As summer ended we made a new home space in a way that was slow and expensive and lasting. We kept justifying our doing so by trusting this was where we would remain for some years. Before I had gone ‘until’, stayed ‘until’, grown ‘until’ but now I’ve gone, stayed, grown and found a place to dwell. When I chose my word this year to be ‘invest’ I felt so adrift I craved security, it was, in some ways, a selfish word, a word that puts the emphasis on our plans over His. But as the year has progressed I’ve seen how my limited view needed to expand, how my ‘until’ mentality has had to be released, how my British identity has to uncoil, how my every progress is only fulfilled by his strength. As we roll into the final straight of the year I realise that this safe space was God giving me a new foundation, a new launchpad, an investment not into trinkets that will one day decay but into a community that I will no longer be passing through.

One day the call may come again, one day the whisper of ‘return’ may float in the air around me, but this year the word is invest, and so we build, secure, establish, and settle in for the journey of watching and serving the the world that moves around about us.