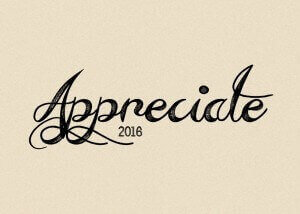 Mid way through I learnt it’s the art of treasuring, the point of recognition, the mild mannered admiration… in it’s truest form it’s a gentle prompt to show love.

But right now it feels more of a harsh command, a heavy burden, a bright light showing only grime.
That push to appreciate erodes pessimism, negativity and judgement with a sandblaster.
Three big traps that I know so intimately.

I fell backwards to find this. I joined a group about raising kids in a more liberal christian way, a group whose definition of Christianity was broader and more encompassing than many I’ve found. There I found pain and sorrow, hearts broken from years of misguided indoctrination and a yearning to find a way of parenting authentically in light of their faith. It’s a beautiful group. But I also saw bucket loads of negativity, bitterness and quick judgement. I saw echos of my self righteous teen self and cringed as people tore strips off statements whose heart was not so far from their own. And as I went to unsubscribe the appreciate word hit. For in the midst of my own perspective I was just as unappreciative of that meandering faith journey as those I criticised. In the midst of their muddle and maddening words they too were struggling to place their faith in a context they had not seen it in before. Indeed this new expression of faith was a whole new culture to some, just as odd as leaving home for a new land. The signs were clear as I stared the familiar bitter walls of the trap I too had come to lay in.

To appreciate is tough. It’s a beautiful word of hope, a delightful word of gratitude, a reminder to count our luxuries, not just our scars, and a challenge to lay aside the bitterness for an exposed heart willing to be changed.